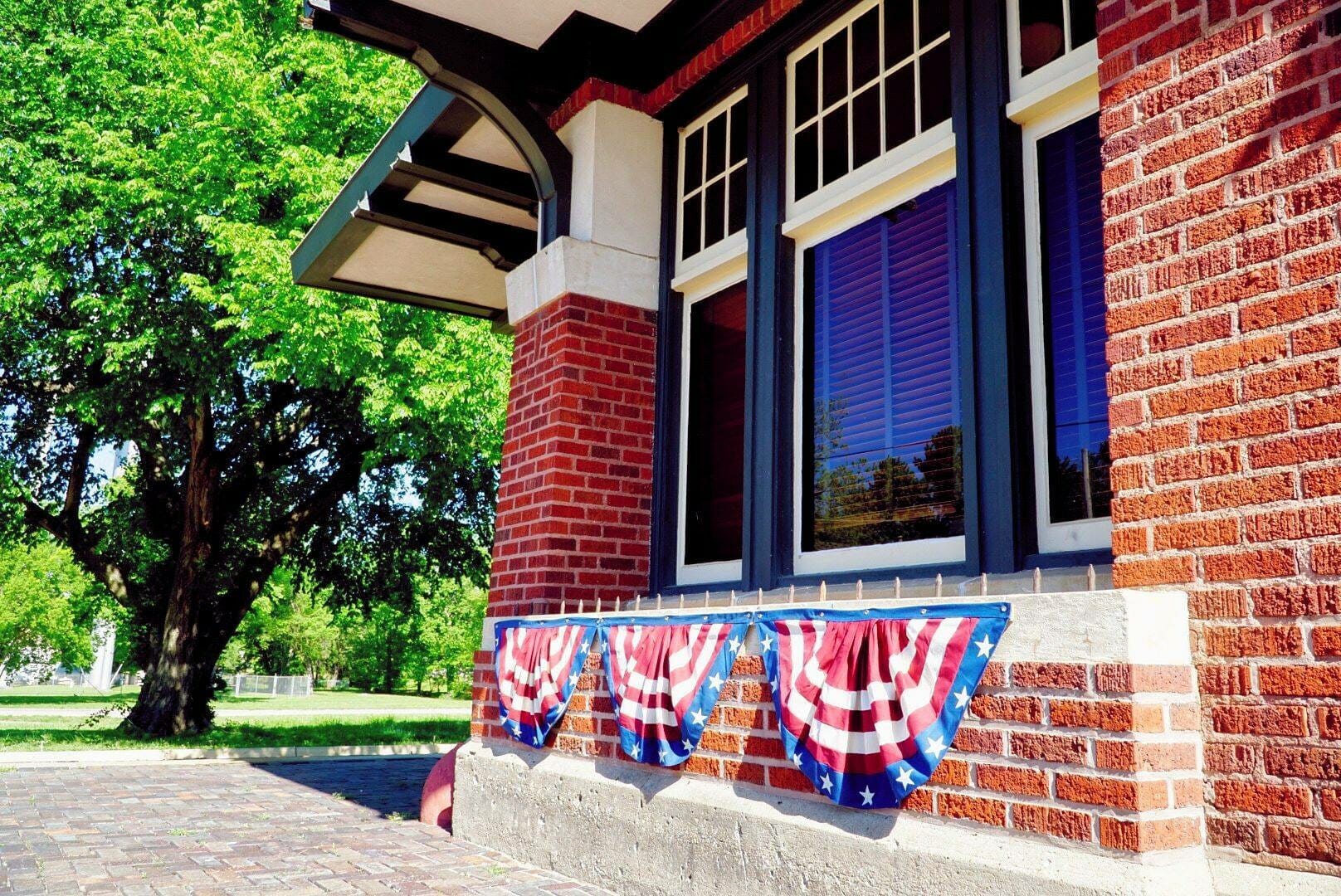 The Atchison, Topeka, and Santa Fe Railroad arrived in Eureka through its subsidiary narrow gauge line the Kansas City, Emporia, and Southern on June 30, 1879. It was the second branch line built by the Santa Fe. A small wood frame depot was built just south of the current depot which served the community for nearly 40 years.

With the growth of Eureka, and the pressing competition of the Missouri Pacific Railroad across town, the Santa Fe planned a “county seat” depot of unique design to be built between October, 1916 and May, 1917. This depot came with a price tag of $14,200. E. A. Harrison was the architect for the railroad and F. M. Spencer & Son from Topeka contracted the construction.

It was called a Combination Depot because it combined the work of a depot and a freight house into one structure. It featured all of the modern amenities desired at the time including a separate Ladies Waiting Room and toilet area with attic ventilation. Heating was provided by a coal fired boiler located below grade. The local agent not only sold tickets to passengers, but was responsible for all of the shipments on the railroad into and out of Eureka. This included shipments of cattle from the stock pens, the receiving of petroleum products for the various dealerships in town, and the shipment of grain and feed from the neighboring Sowders’ Feed and Seed.

The north end of the depot housed the all-important freight department. The railroad handled less-than-carload-lot shipping through much of the 20th century. This was the UPS and FedEx of the time and would bring deliveries of purchases from the Sears or Montgomery Ward catalogue along with stoves for the housewife, plows for the farmer, bikes for the kids and caskets for the mortician. After the train whistled out of town, folks would line up to collect their treasures. Because the floor of a rail car is 3’6” above the rails, the floor of the freight room and the surrounding exterior platform was also 3’6” high to make the transfer of heavy freight easier.

The Santa Fe through Eureka connected to Emporia to the north and Moline to the south. Emporia was on the main line from Chicago through Kansas City to Los Angeles, Denver, and Galveston. Connections could be made at Madison or Moline for Chanute. From 1887 to 1958 there was one train each way each day, and they often met at the Eureka depot. After passenger trains were pulled from the line, mixed train service began with a passenger car attached to the end of a freight train. In 1958 the service was reduced to three days a week until passenger service ceased in 1962. The last freight train through Eureka ran on April 15, 1975.