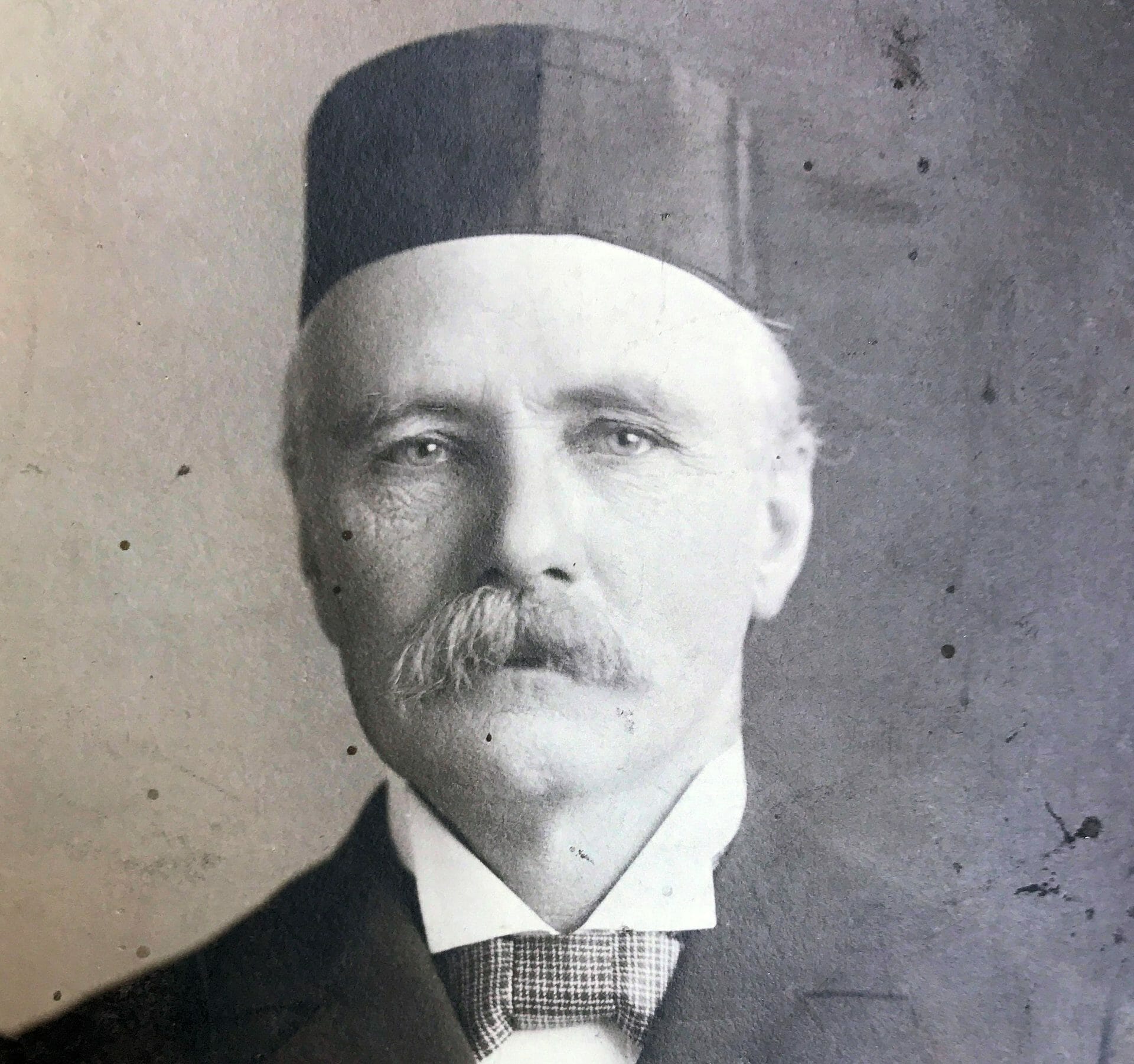 As George Munger and his family shivered knee-deep in the waters of Lake Michigan, his home and thriving laundry business burned in the Great Chicago Fire of 1871.

Following the fire, Munger was able to re-establish his laundry and business boomed. Riches soon followed, but it was a mountain already conquered. George itched for a new frontier to discover. He found it in the high prairie near Eureka, Kansas.

He decided to plant trees. In 1885, he bought a 1600-acre ranch north of town and planted 160 acres of Catalpa trees and 130 acres of apple and pear trees in a grand experiment to prove that a man-made forest can thrive in the rocky soil of the Flint Hills. He hoped that through his efforts, the vast Kansas prairie could become an economic powerhouse of agriculture and Munger’s next empire would be built with  fence posts and telegraph poles.

The first planting struggled to take root in the arid soil, leading Munger to build an elaborate steam-powered irrigation system fed from a 90-acre lake north of the mansion. With water aplenty, Munger planted orchards and rented his irrigated land to vegetable farmers who soon eliminated the need for importing cabbage and other food into Greenwood County. By 1909, Catalpa Knob produced 454,762 fenceposts and telegraph poles, gaining notoriety in agricultural publications of the time. 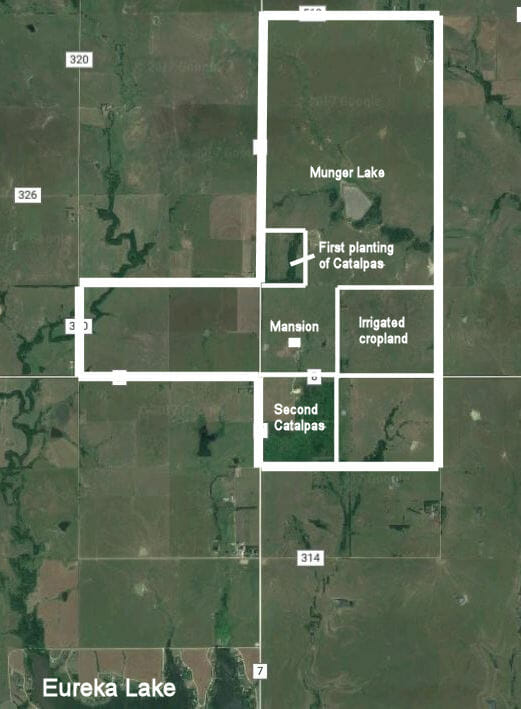 He and his family became local celebrities, with excited townfolk watching trainloads of fenceposts shipping out and all sort of exotic goods coming in. In 1888, he built a grand mansion costing $12,000 and moved himself and family to Eureka. Their home quickly became the social nexus of Eureka, even serving for a time as the Country Club. A circus wintered their exotic animals at the ranch, known as Catalpa Knob, adding to the local fascination for the estate. As his legend grew, George ran for governor in 1900 on the Libertarian ticket.

The Munger children eventually grew bored with the project and life in rural Kansas and moved to the City when they came of age. His daughter Martha later rose to fame as the first white woman to cross the Chilkoot Pass into Canada, heading for the gold rush in the Klondike. Martha was also the second woman ever to be elected to the House of Commons of Canada.

In 1908, George and his wife Susan joined their children in Los Angeles where George died on October 29, 1919. The mansion burned years later and all that remains are the gate and a few barns. Munger Lake and two great forests remain to this day as a testament to the determined life of George Munger, the man who planted trees. 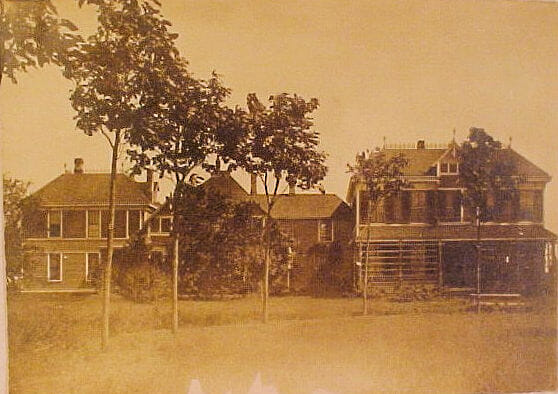