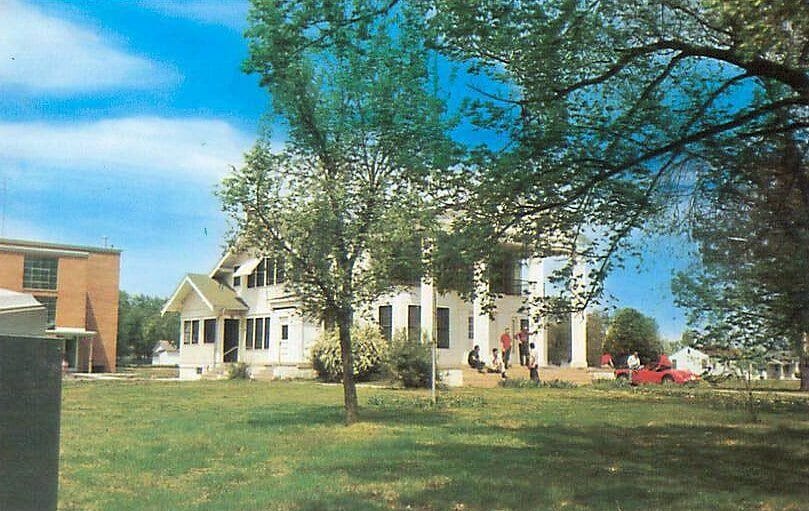 In his later years, Massachusetts economist and philanthropist (and noted gravity hater) Roger Babson grew so concerned about the threat of atomic warfare, he founded Utopia College in 1947 to prepare for a coming Third World War. The two-year university was located in Eureka, Kansas, part of what Babson called the “Magic Circle.”

A small railroad town, Eureka was at the center of what Babson’s Magic Circle economic theory. The circle comprised what he called the “most underpopulated breadbasket of the earth—which included parts of Iowa, Missouri, Arkansas, Oklahoma, Kansas, and Nebraska. The natural resources of this area, he reasoned, could easily support 60,000,000 people in luxury and 150,000,000 in an emergency.

Babson’s Magic Circle talk arose from his alarm over the vulnerability of the country’s 12 largest cities, where, at the time, some 20 percent of the population lived. He argued that nuclear bombs could easily wipe out population centers and industry, leaving the central states to sustain what remained. From his statistician’s perspective, he said, “it is evident that the nation must be fed, fueled, and reorganized by people living in the central portion of the country.” 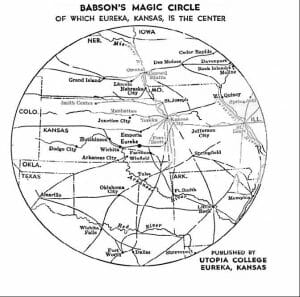 Babson called the school Utopia because of his fondness for a nearby community of the same name, whose founders were inspired by the teachings and book of same name by Sir Thomas More. But how would opening a college in rural Kansas prepare the country for an impending World War III? Luckily, Babson’s ego convinced him to write on this very topic, perhaps in response to such headlines as “Finishing School For Nuts,” which appeared in the April 15, 1947 edition of the Tuscaloosa News.

For his campus, Babson purchased an entire residential block of about three acres. He converted the homes into the institution’s headquarters, and purchased other area homes for living space. The remaining vacant portion of the block was reserved for future construction. The main building, a residence, remains standing at 708 E 5th Street. 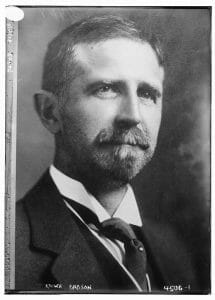 Babson chose Walter A. Bowers, a business instructor at the University of Kansas, to lead Utopia College. Leading up to the school’s opening in October 1947, the two men spoke to area groups promoting the school and offering their colorful and frightening predictions on the future of the country. Only a handful of students enrolled the first year, the New York Times suggesting the high cost of classes as one possible reason.

Despite his vocal concern about atom bombs and a Third World War, Babson himself did not relocate to the Magic Circle as one might infer. Instead, he found a closer-to-home safe zone in New Boston, New Hampshire (present day Manchester), about 60 miles from Boston, which he reasoned was an unlikely target. Hmm.

Within several years of its opening, the Utopia changed its name to the Midwest Institute of Business Administration. The school never realized the potential Babson envisioned. He died in 1967, and the school closed in 1970.

Reprinted by permission from author Sarah J. Martin, Architectural Historian. For more of her work, visit her website.